Last night, I was treated to such a superb meal! There were $1 Bellinis, plenty of laughs, and the tastiest of morsels.
As I stand in solidarity with my fellow foodies, I just had to share! This is definitely a new fave of mine in the Big D!

We flocked to Patrizio’s and noshed on several delectable dishes. Obviously, we started with an appetizer. Technically,  we ordered FOUR:

Cauliflower Steak – A breaded and fried vegetable to confound the tastebuds. I actually plunged a forkful of the breaded yumminess into the Beau’s mouth before he could put up a fight. When told it was cauliflower he couldn’t believe it. Yes – this dish is that good! 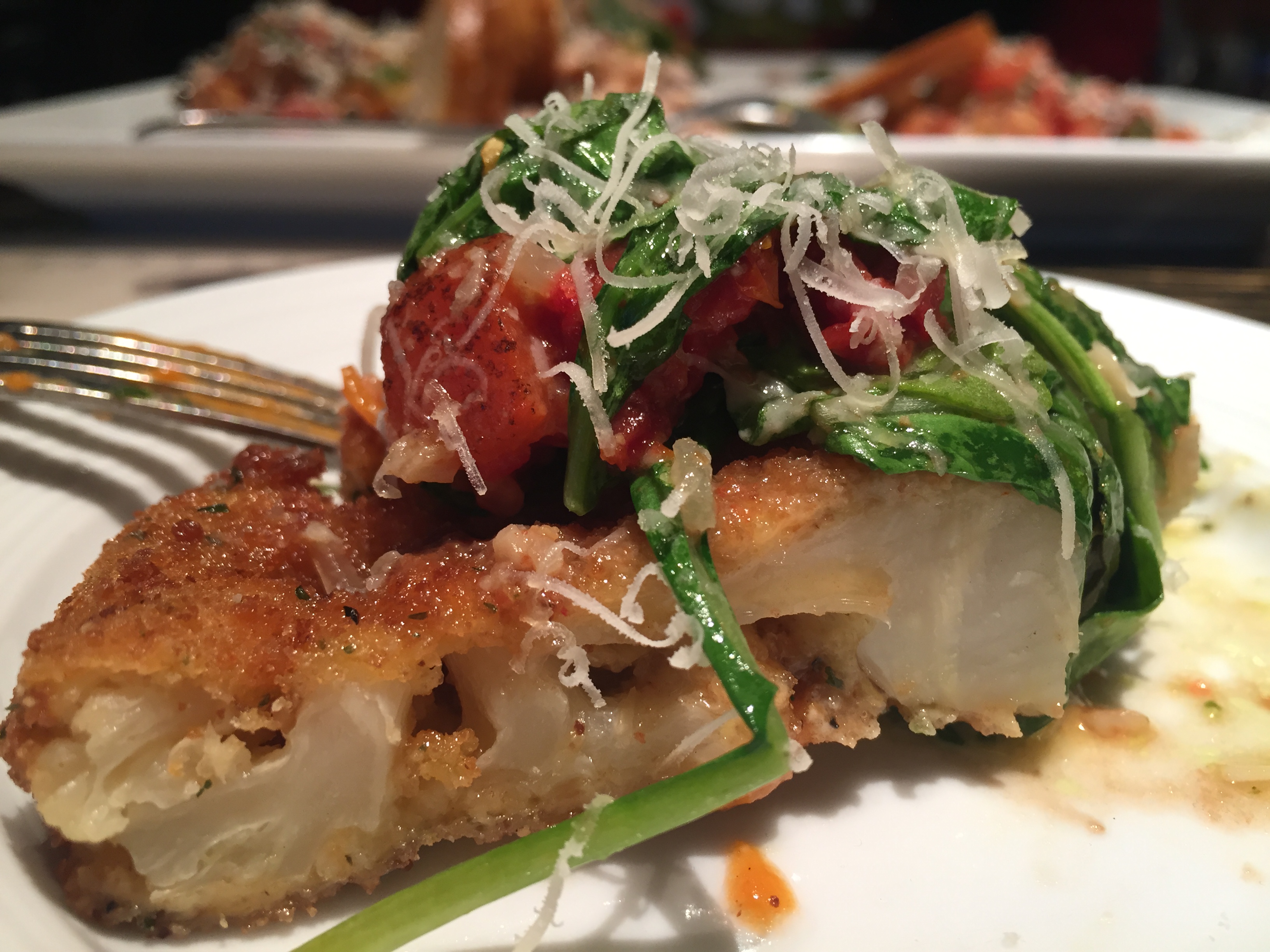 Tender & Juicy, with a hint of a crunch from the Spinach

Garlic Cheese Bread – This is quite a standard option for an Italian food establishment, but what makes this notable is their take on a marinara sauce. The Marzano tomatoes make a world of difference and bring a sweet tang to the cheesy bread, when paired. 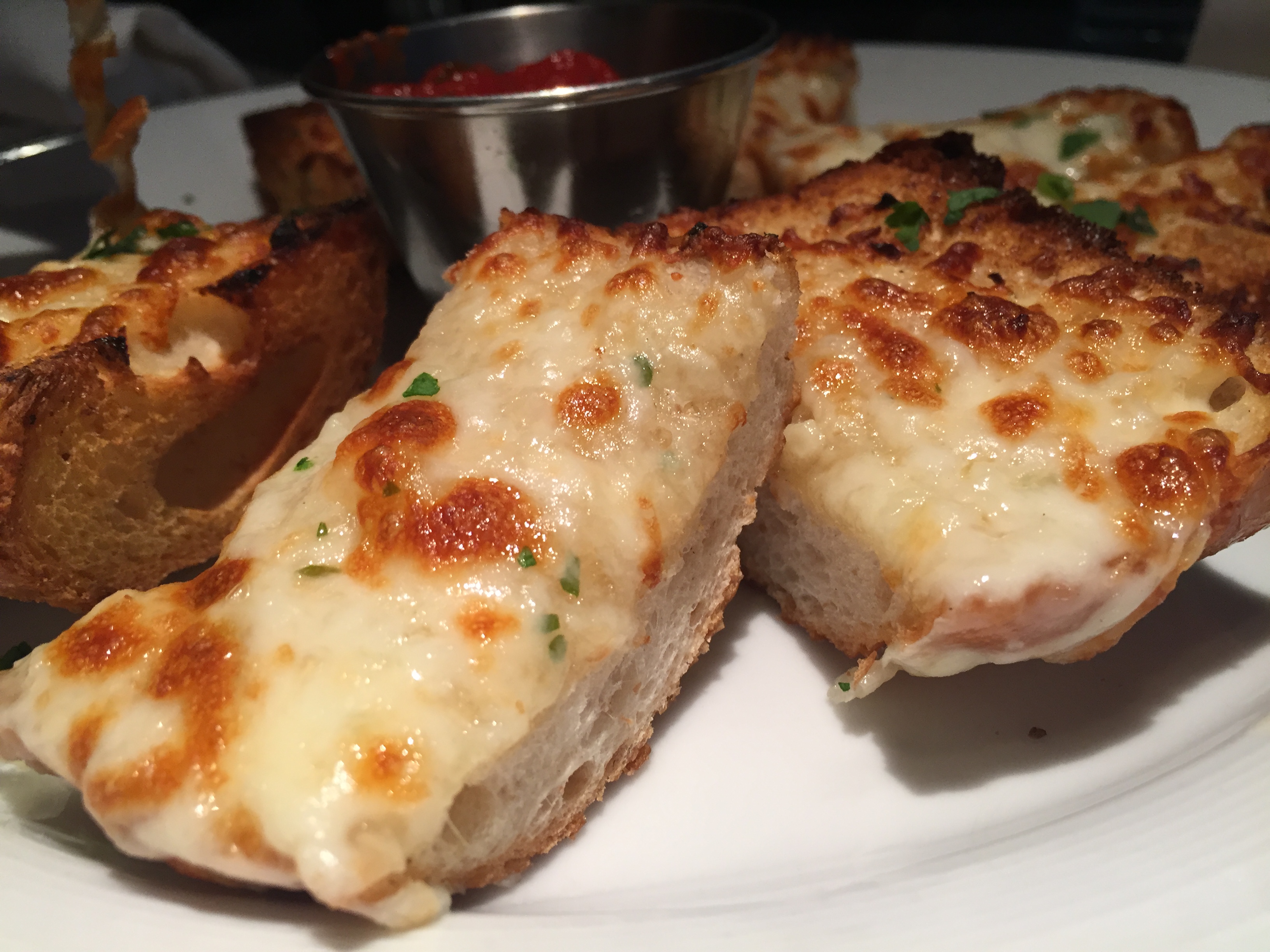 Tender & Juicy, with a hint of a crunch from the Spinach

Bruschetta – Navy. Beans. I’m a HUGE fan of beans. I was thrilled when the bruschetta plate came up with both an eggplant mixture and a bean mixture, as well as the traditional version. The navy bean aspect of the trio was partially mixed with parmigiano

Calamari – Personally, I do not enjoy the full squidlets. I do however love the rings. The breading on this calamari could use an upgrade and reimagining. It is good, but not nearly as wonderful to the palate as the other dishes on the table. The marinara sauce and garlic aioli was perfect, and – quite frankly – I’d have been displeased had they ruined these two basic (and completely crucial) condiments. 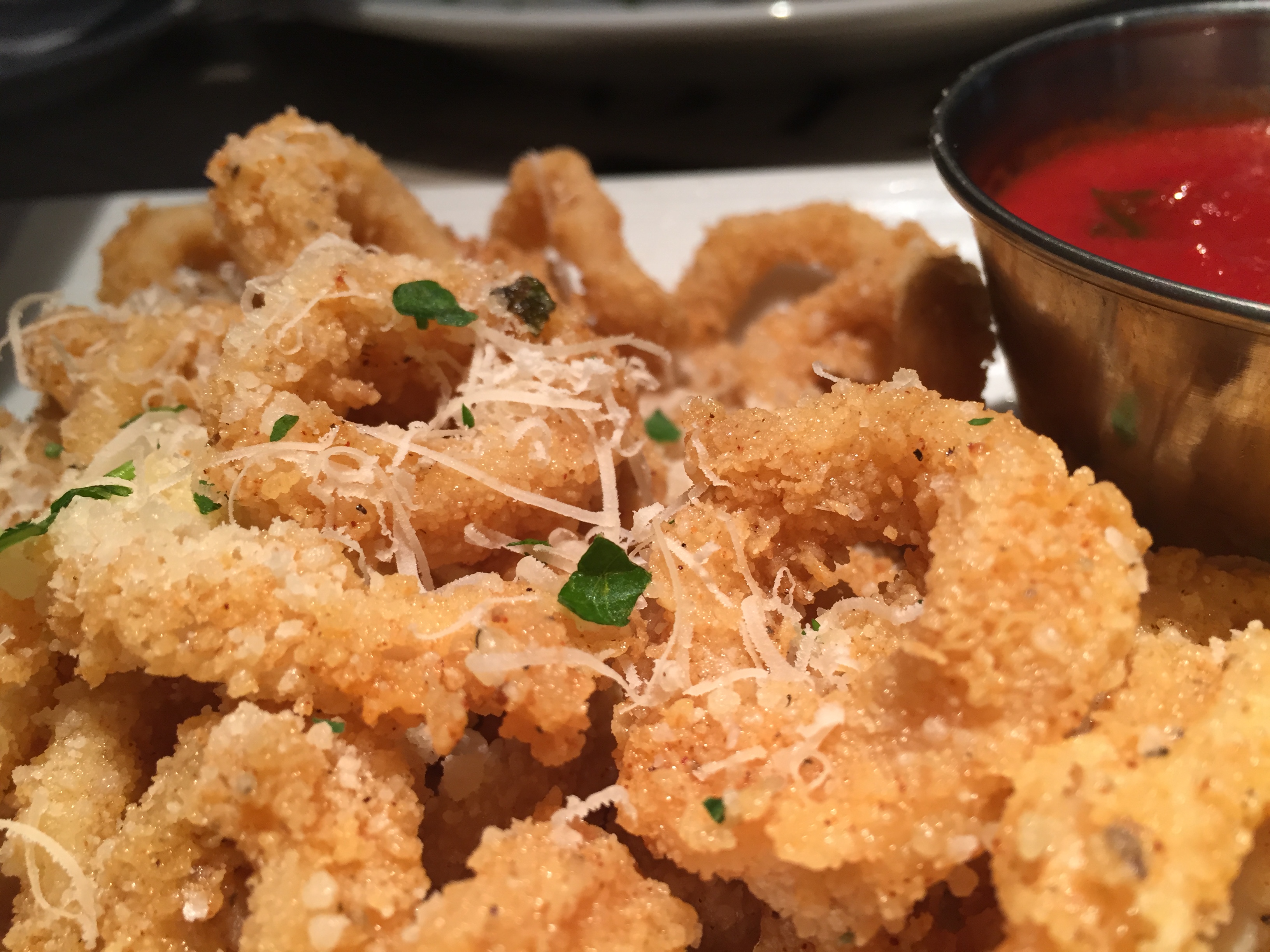 No amount of cheese could have made this better. Well, maybe a bit more cheese…

The need to try a plethora of options meant that each of us ordered a different dish. My Fettucine Pappagano choice was too salty for my taste, but I was able to doctor the leftovers with some heavy cream, broccoli florets, french green beans, and julienned carrots. The bacon in this dish was too much and overpowered the light sauce on the perfectly cooked pasta. 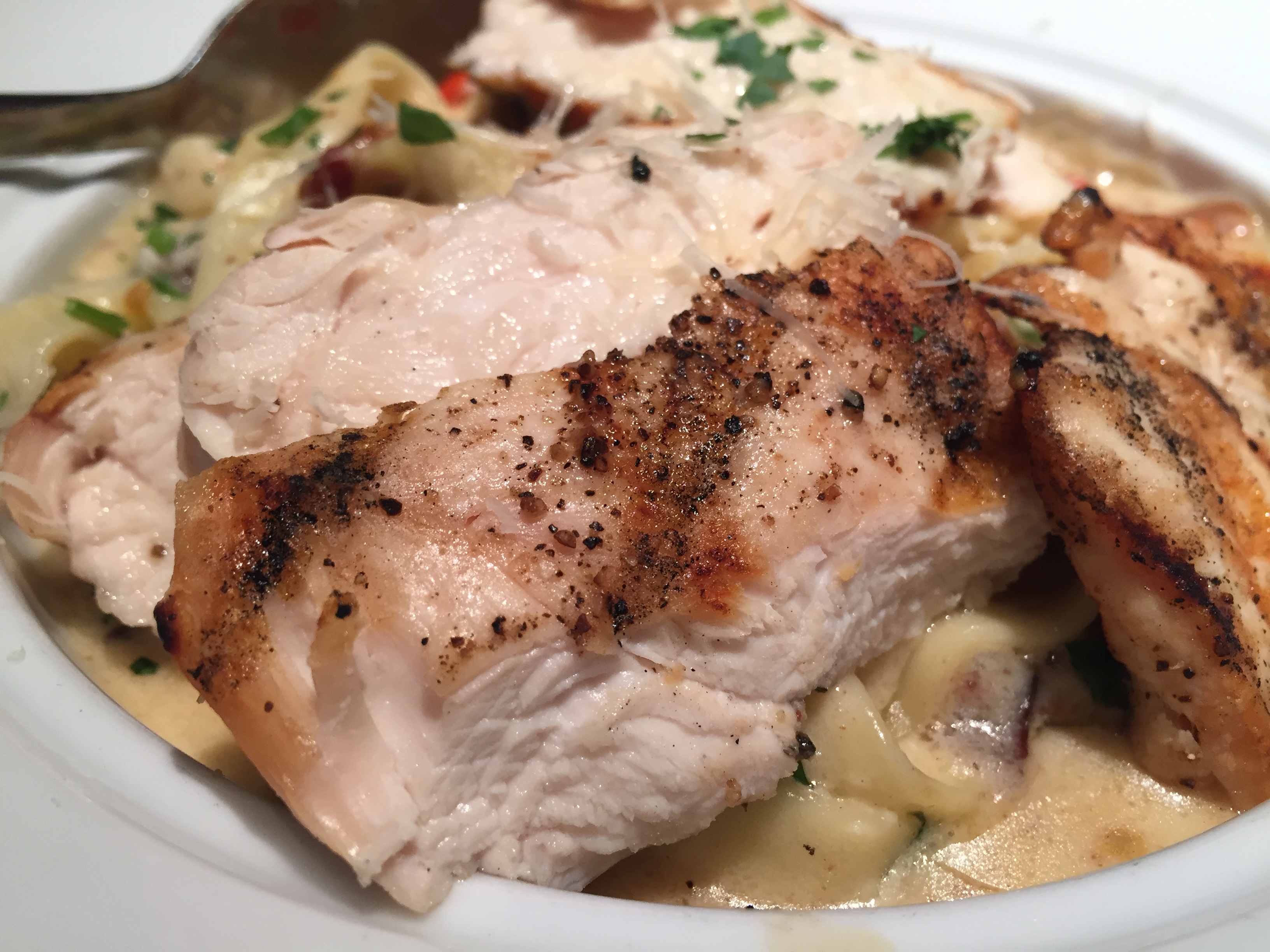 This dish easily had a half pound of chicken atop it. Chunks, people. Huge, clunking pieces. Not sexy.

The Beau and Jules opted for the two lasagne choices. These pictures speak for themselves, but in case you don’t speak food and prefer to ogle, I should tell you that the chicken mushroom version is far superior to the three meat traditional. The chicken was succulent, supported by slightly wilted spinach, and a cream sauce that could damn near sing me a lullaby. 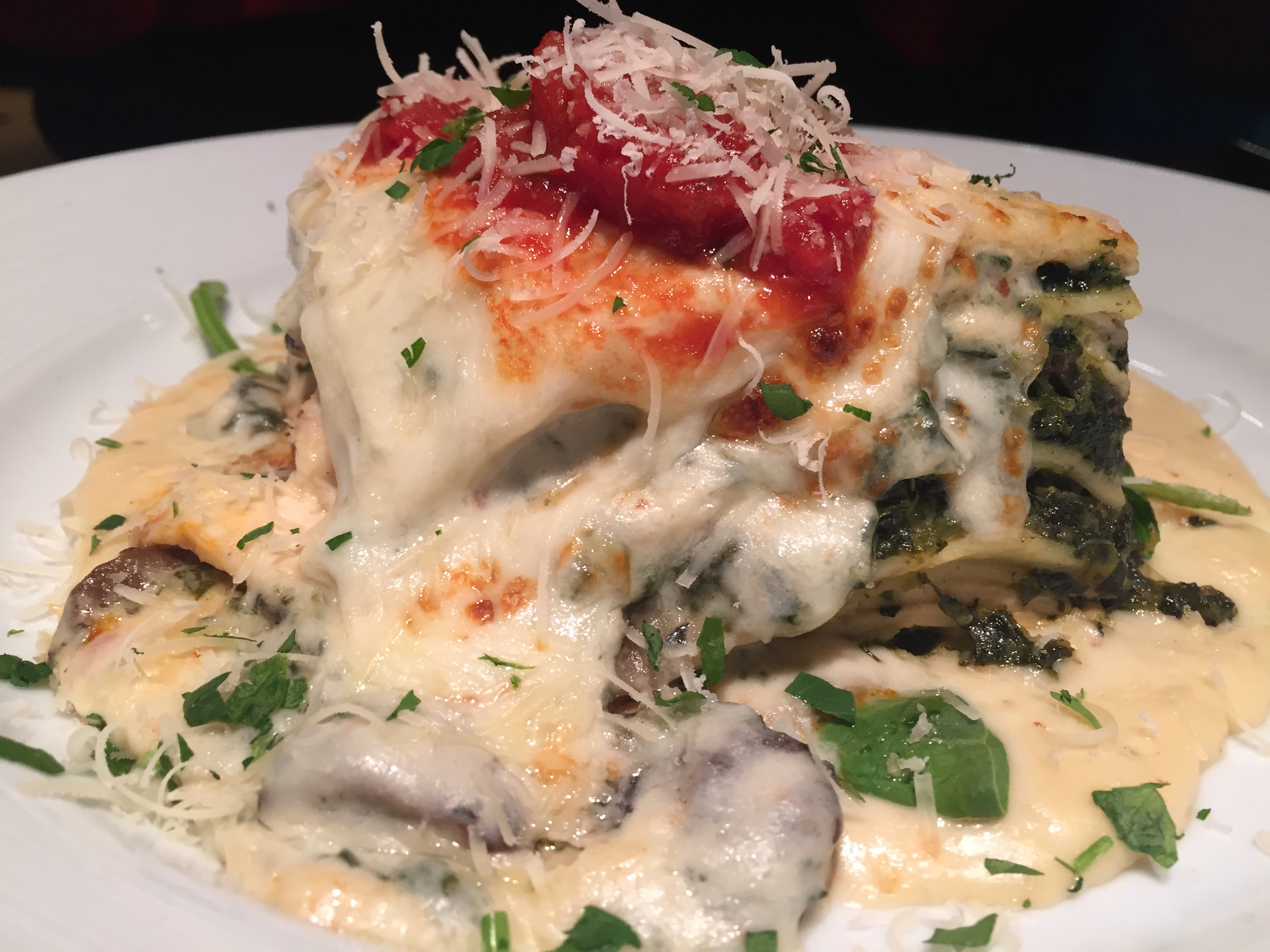 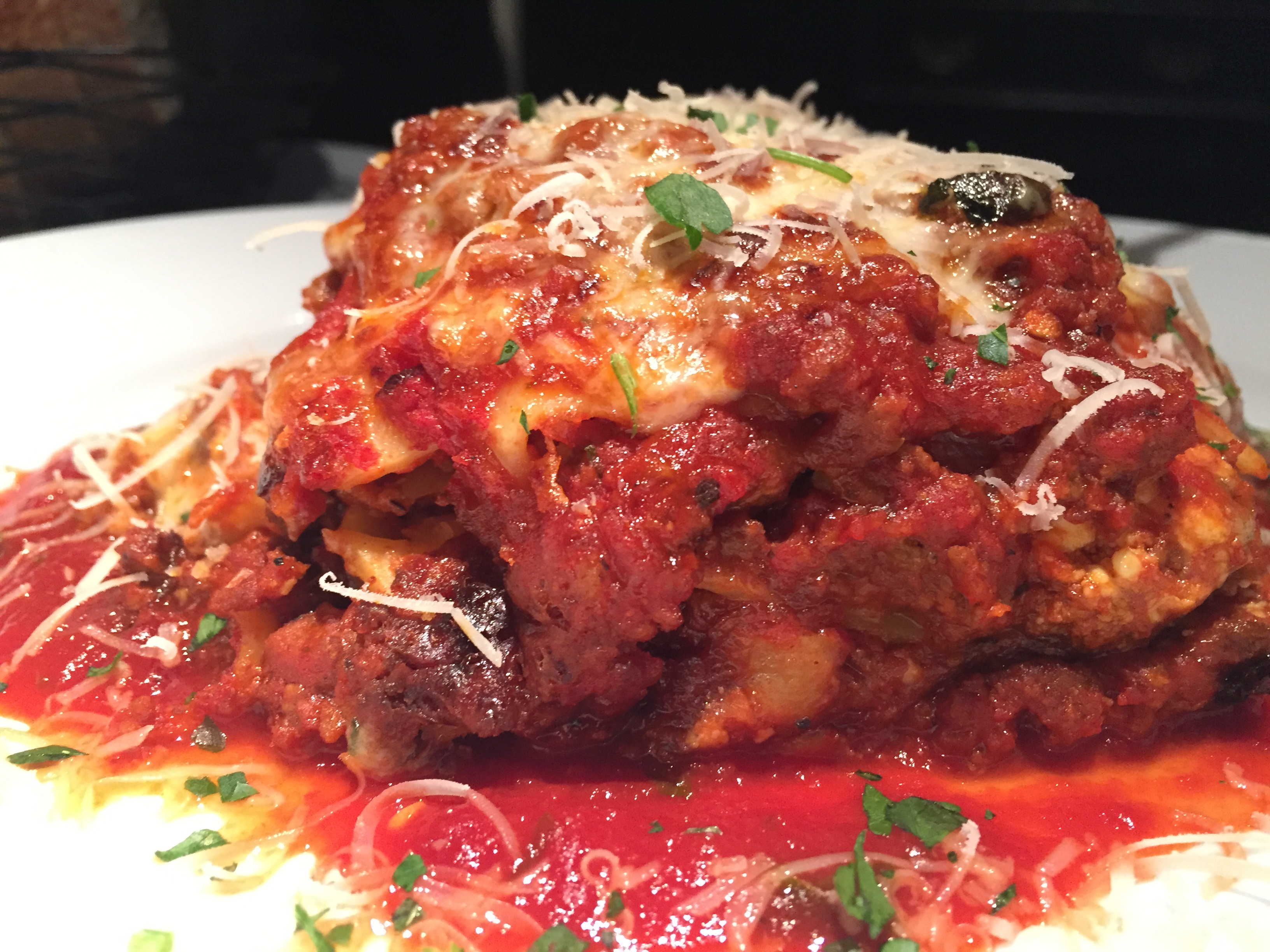 Our friend ordered the Chef’s Special for the night. It was apparently so delicious he refused to wait for anything further than a quick picture. There was not a speck of sauce left on the plate from this seafood scampi. The aroma was just the right tinge of garlic-meets-cream, with generous amounts of basil, lemon, tomatoes, and purple onions. 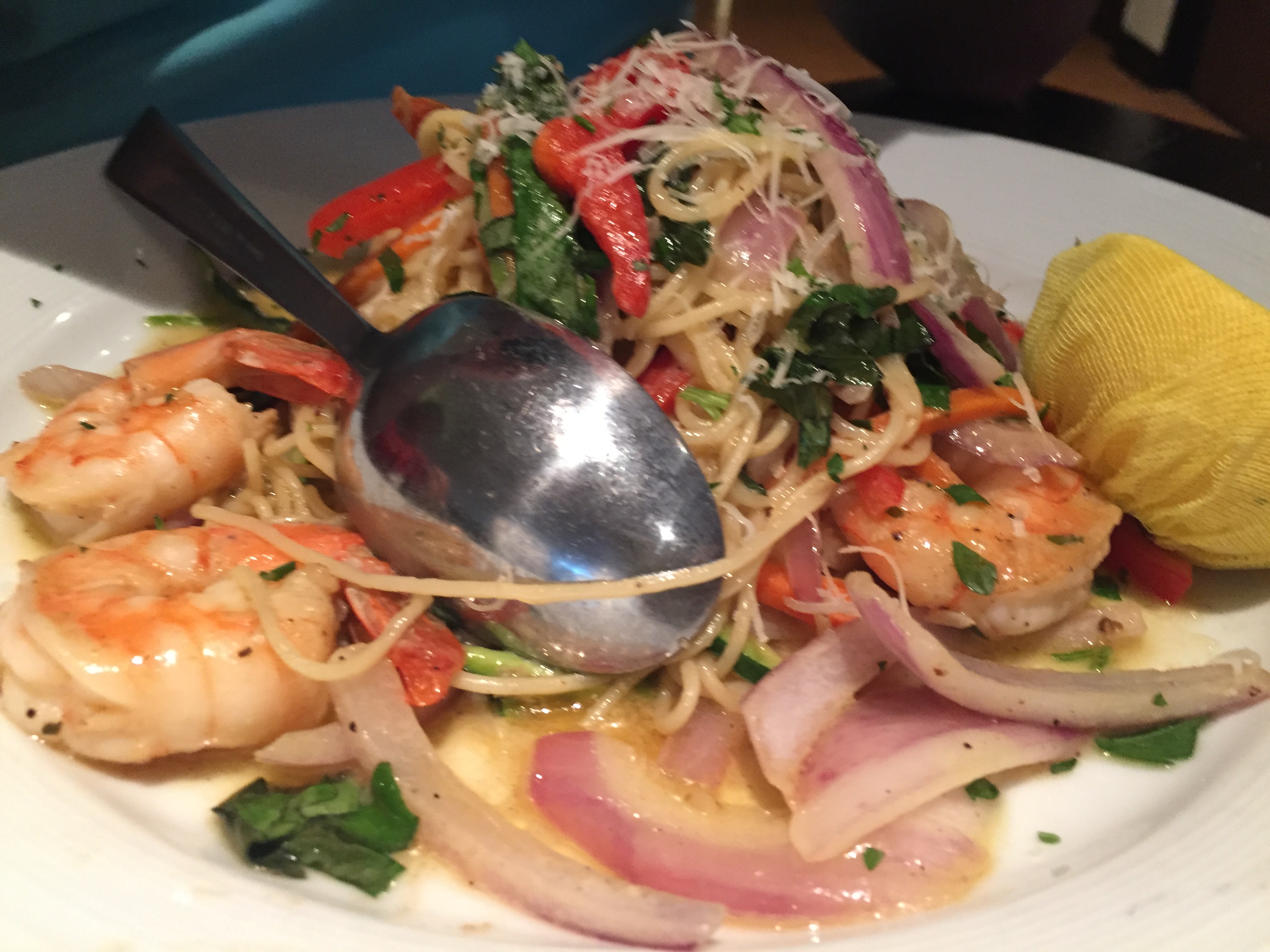 Some people don’t like their food cooling while a picture is snapped.Sorry for the blur.

Overall, Patrizio’s in Uptown was splendid! The food was right for the price, and (mostly) caressed my foodie passions in all the right ways. I strongly recommend you visit this quaint location, in the heart of Uptown, as soon as humanly possible. The atmosphere is lovely, there was no need to yell over our meals, and the waitstaff was swift and courteous. All great things.