I started my first week of grad school with a fever and pretty disgusting snot balls. Eww, right?
It should go without saying, I haven’t done much work in the kitchen.

Luckily enough, the beau knows how to cook. Bless this man!
He normally operates by the “everything-but-the-kitchen-sink” mentality and throws in whatever sounds good.
That said, since we moved in together, he rarely spends a split second in the kitchen.
I view this as a good and bad thing.
Amazing, because he’s basically a bonafide food tester who can make me a spot-on cup of coffee at the drop of a hat, but terrible in the sense that I’m largely left to my own devices.

Sometimes we end up with horrific recipes – like rubbery french toast, made from a recipe at another blogger’s site. She will remain unnamed, but I hope she knows how terrible her portions are. Ugh. 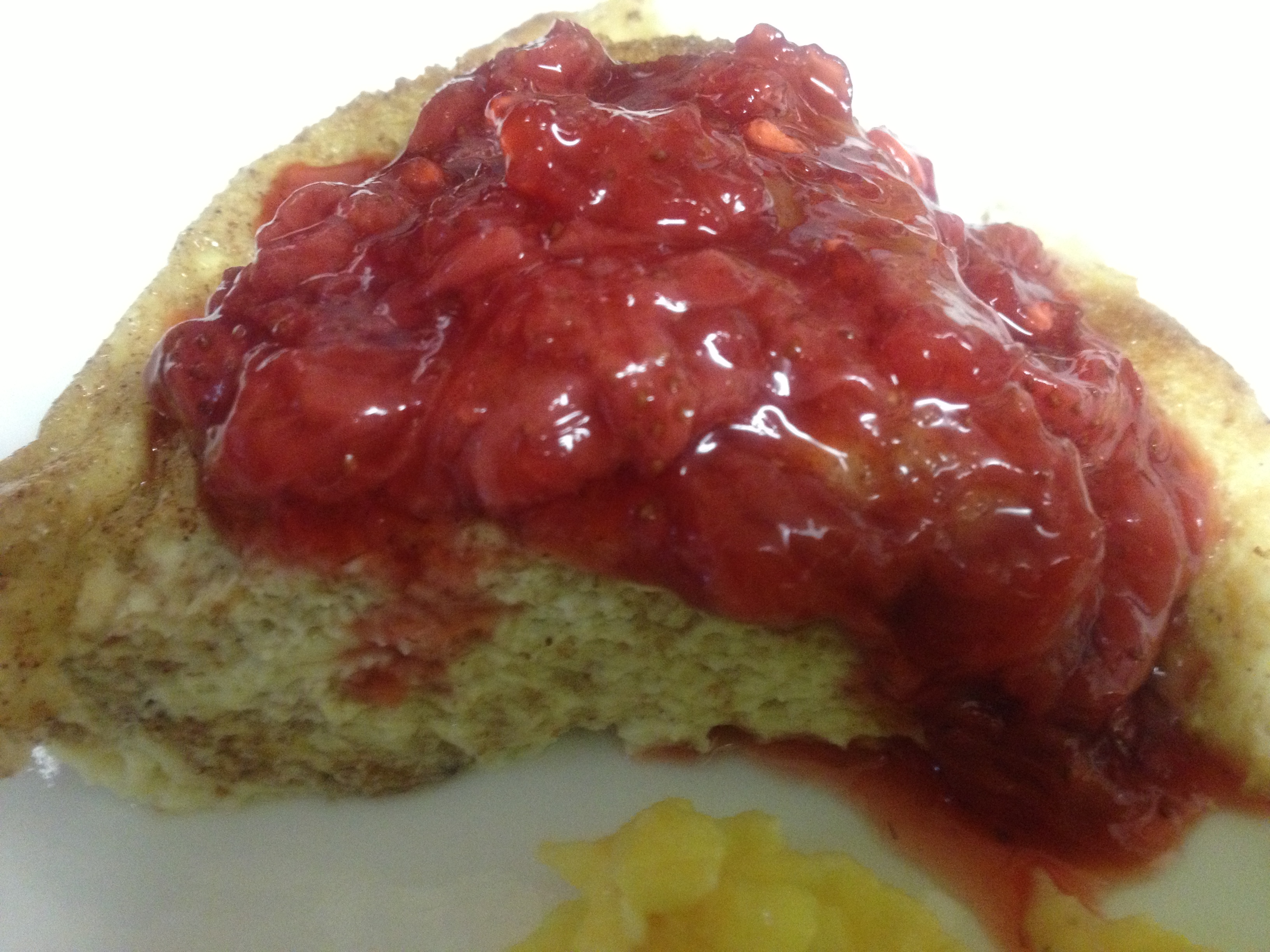 Honestly, the only good thing about this baked french toast is the strawberry compote I added to it…

Being out of the kitchen has been nice, because the beau has been all a bustle.
He made me my fave! Potato, egg and cheese tacos. I used to [and pretty much still do] call this dish, Porridge.Exactly like the kind in the story of the 3 bears. My brothers and I had no clue what porridge was (blame the Hispanic upbringing, if you will), but knew it was breakfasty…so we claimed it as our favorite. Grandmother bear made it for us all the time [and still does].
Feeling crumtastic kept me away from banging around pots & pans, so it was a yummly surprise when the beau set this treat down. 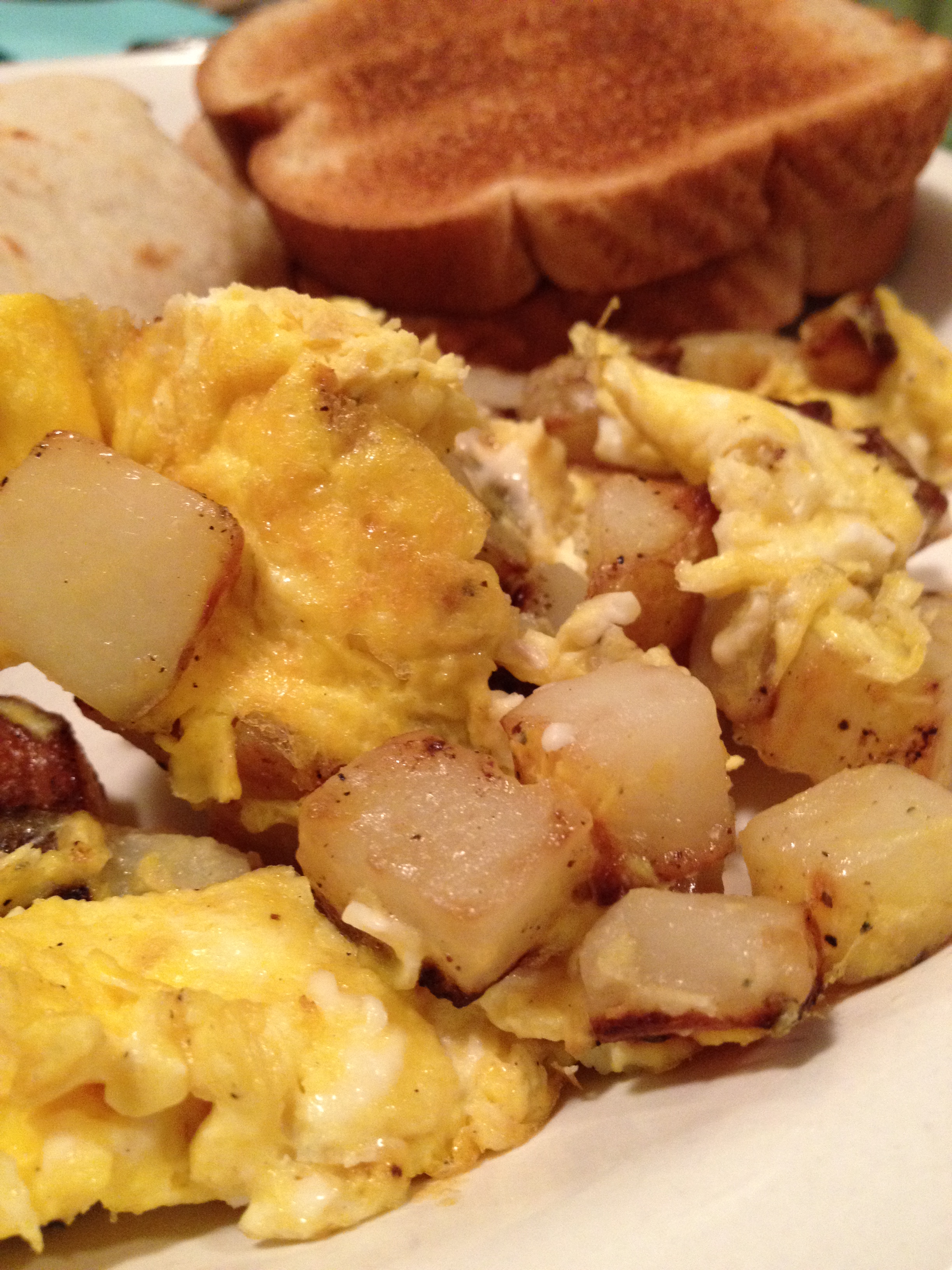 I’ll be sure to share our recipe, in all its somewhat-unhealthy glory. Because…it’s amazing!

After two days home and a serious amount of rest, I’m starting to feel much better. It doesn’t hurt to have this guy around either.
Hopefully this week will get rid of this strep and bring me plenty of sneeze/cough-free moments.

Too much dork for one frame.

I sincerely hope you have a snot-free week.
Much love!